Margie Adamis an illustrator who has contributed much to popular education materials, using her art to conscientise. She has worked with many progressive organisations and trade unions, both here in South Africa, and Canada. The most well-known books in South Africa are â€˜Educating for a changeâ€™ (Between the Lines, 1991), which she designed and illustrated, and â€˜Dancing on live embers. Challenging racism in organisationsâ€™. (Between the Lines, 2006).

Margie has won numerous awards for her work, such as the 2014 Min Sook Lee Award. Education is at the core of her work, the ability to use art to communicate information in a fun and accessible way. "I think it's absolutely integral," she says about education. "It's the purpose of the work â€” to raise consciousness.

Looking at the books and manuals that feature her images you realise that â€˜picturesâ€™ are not simply decorations. They can contribute significantly to education and learning by helping us to ask new questions, create deeper insights, consider other perspectives, commit to an analysis, begin a dialogue, and so on. As Margie said:

Certainly, images make a page more interesting. We want learning to be pleasurable. So probably illustrations are mainly used to support the text but sometimes they can capture a complex idea in a memorable interesting way.

Margie works closely the educators and has chosen a â€œstyleâ€ that is pretty low-tech and simple. I want drawings to be easily reproduced.

To understand what makes a picture more than a decoration, we asked her some questions about what she considers when doing 'learning illustrations'.

Firstly, I need to know who is going to be reading the material. I want the learners to see themselves there, to be invited to engage.

For example, talking about an image depicting a woman carrying a huge load on her head Margie says she tried

to get across the work load women carry but also the knowledge that have that is not â€œschool learningâ€. It could be used in an inter-active way, by asking the learners to fill in the words. I like that learners can be engaged and add their own knowledge.

Iâ€™d like people to be clear, to be critical.

Commenting on the image of 3 men carving up the world she said:

I think learners will enjoy the greedy relish these capitalists show as they stake their claims.  A little humour is always a good thing.

Below, we have taken three of her images and used them as tools to probe and investigate power. You are encouraged to try out these exercises â€“ or better still: create your own! Tell us what happenedâ€¦. 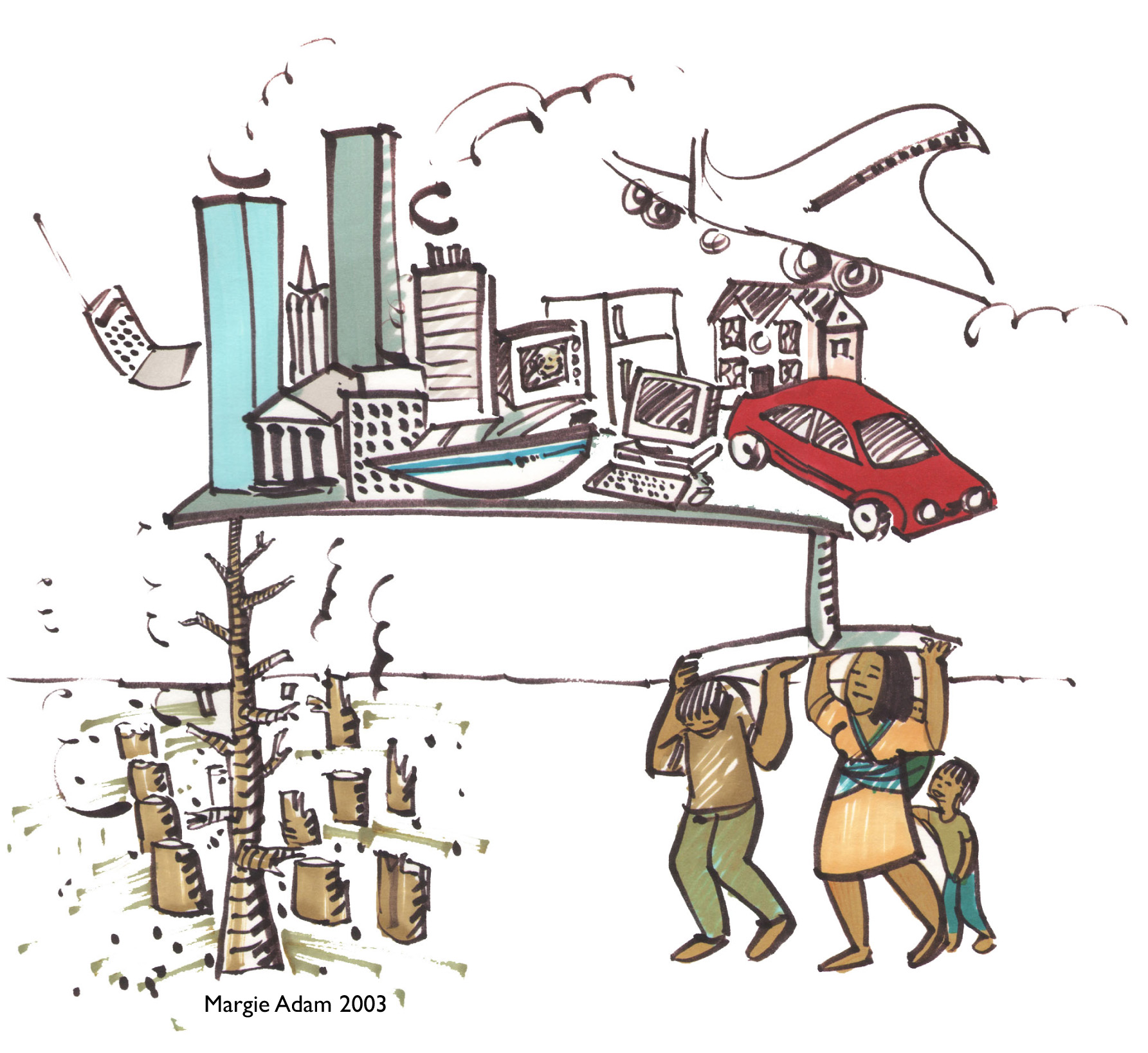 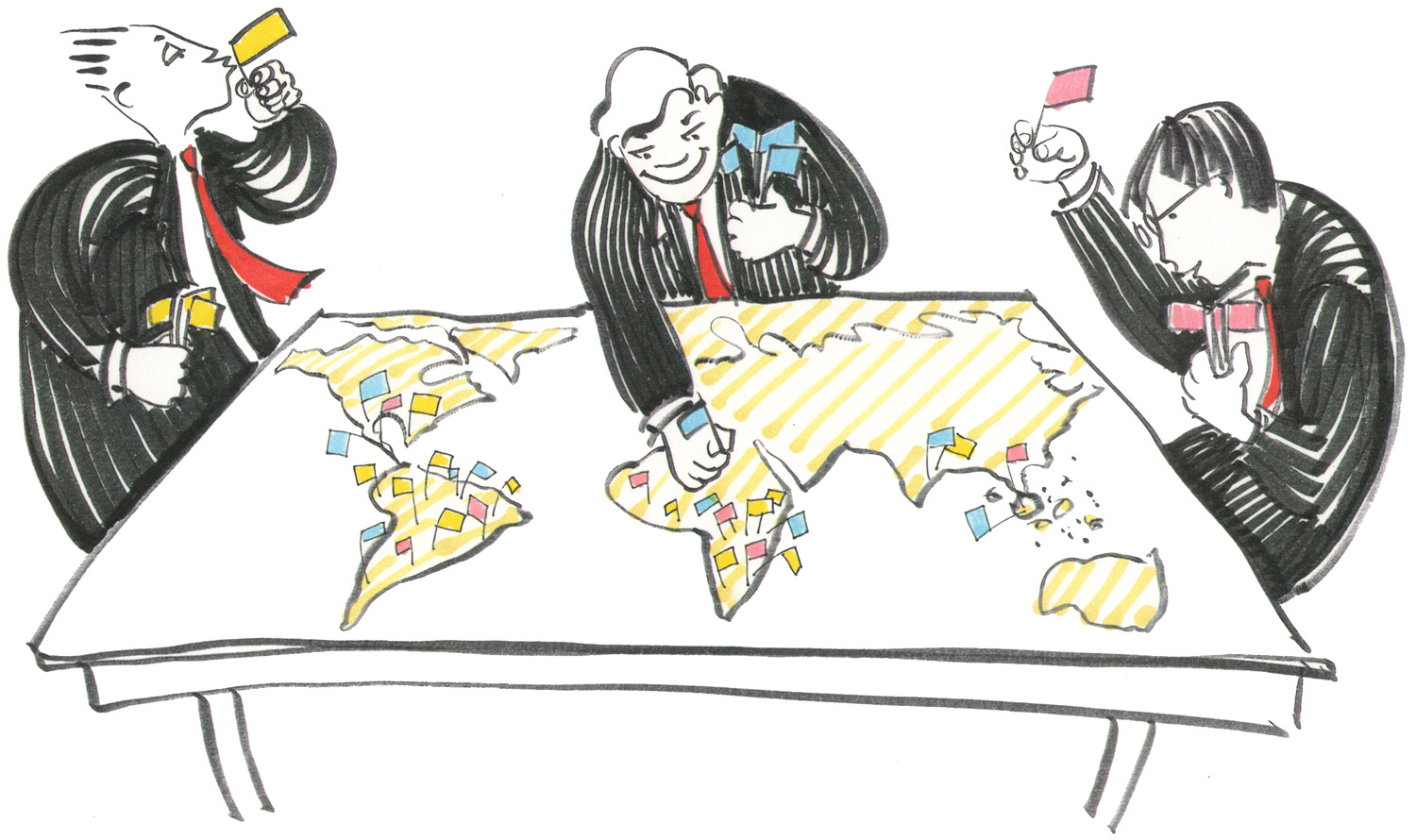 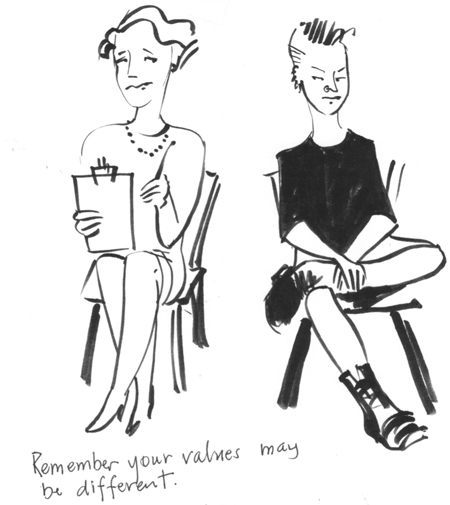