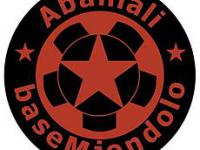 South Africaâ€™s shack dwellers movement was founded ten years ago by citizens frustrated by the ruling ANCâ€™s failure to deliver the promises of democracy in the â€œnewâ€ nation. It has been a worthwhile struggle against a neo-liberal state that pays scant attention to needs of the majority poor Black people.
http://www.pambazuka.org/en/category/features/95673
******

A lot has been achieved through the principled stand of the members of the shack-dwellers movement, with some of them paying the ultimate price for justice and freedom. Several other individuals and partner organisations have been an important part of the journey. The struggle continues.
http://www.pambazuka.org/en/category/features/95670
******