Home Features Enacting ideas at a workshop/book launch: Forging solidarity and a consideration of power. Reflection by Anna James

Enacting ideas at a workshop/book launch: Forging solidarity and a consideration of power. Reflection by Anna James 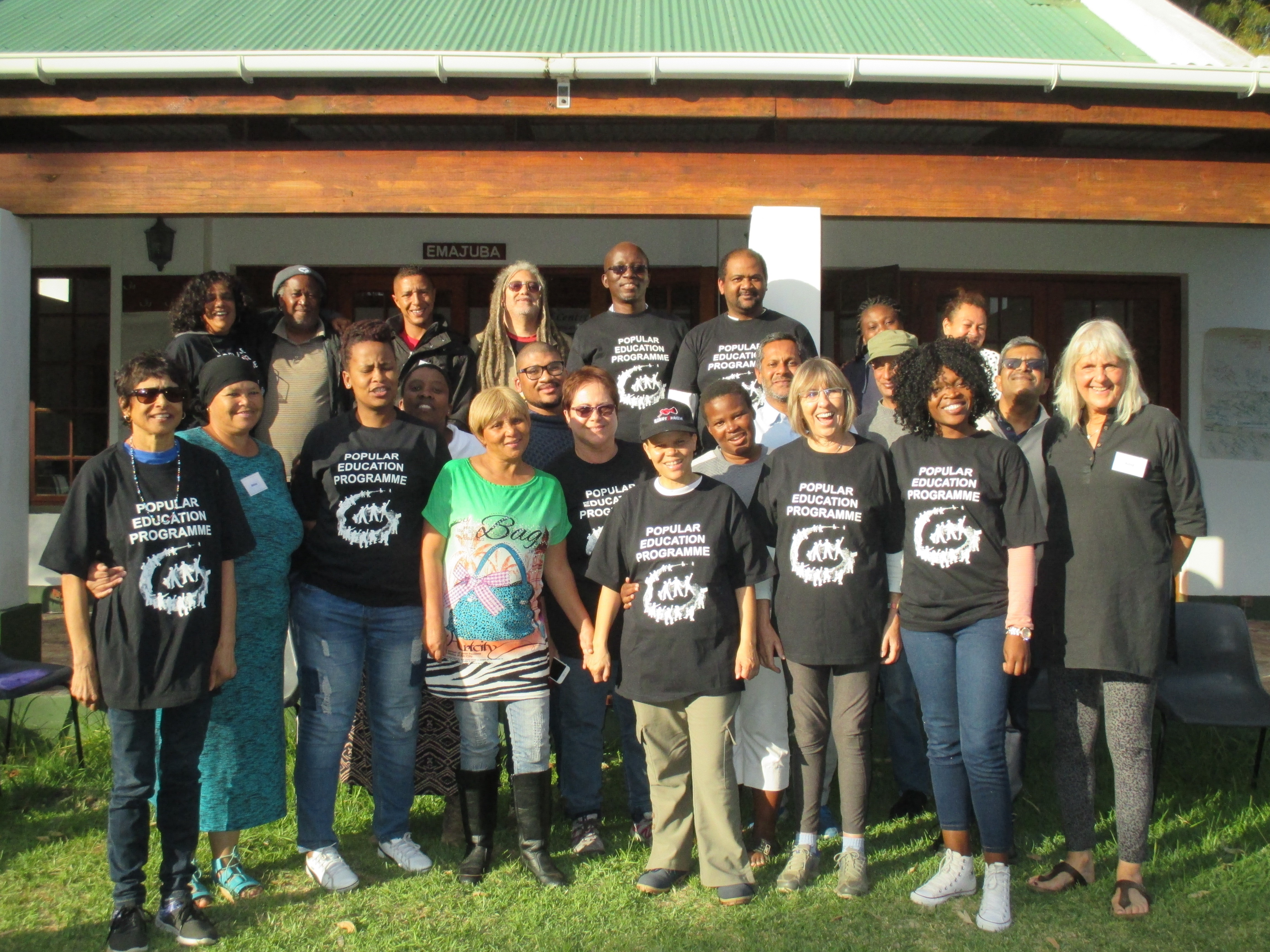 In our T-learning[1] work we need to actively nurture the links between knowledge production/academic work, learning and action that is real, responsive and careful towards a common good. An example of such work can be found in the process of creating the book Forging Solidarity: Popular Education at work edited by Astrid von Kotze and Shirley Walters. The year-long process of creating this book was well represented by the book launch which took the form of a day-long workshop at a national meeting of popular educators (Popular Education Development) in Kleinmond run by the Popular Education Programme. In what follows I report on the intertwined book launch / workshop as an enacting of ideas linking scholarly work to learning and action.

The book creation process included rich dialogue between authors around the question of popular educationâ€™s role in the difficult work of forging solidarity. This question is explored by authors in multiple positions and physical locations - scholars and social movement activists, in South Africa, Senegal, France, Chile, Canada, Australia - covering a range of contexts and issues. I was privileged enough to be assistant to the editors on this process and witness the inner workings of the book making process. See more detail about the book here.   The following review of the book nicely sums up its content and contribution:

Corporate minds and agribusiness poison the water we drink, the air we breathe and the food we eat. Together with the political proxies they destroy the earth and her peoples â€“ too many are killed because of their military, economic, religious and information wars. How do we stand up for ourselves and the earth that nourishes us against this global system? Forging Solidarity [the book] shares inspiring stories that feed our deep connection and powerâ€
Pregs Govender: author of â€˜Love and courage: A story of insubordinationâ€™

The book launch workshop took seriously the idea of â€˜launchingâ€™ ideas. Eight of the authors were present and we began with a â€˜world cafÃ©â€™ dialogue centred on their chapter ideas. Groups of six of us gathered with an author around a paper table cloth. In slight contrast to a normal book launch the authors only had five minutes to speak about their chapters. They were asked specifically to frame their chapter ideas in relation to power which was the theme of the national workshop. The following 10 minutes of group discussion on power arising from the contexts of the chapters led to the consolidation of key ideas on the table cloths. Not only did this give participants the opportunity of presenting their perspectives but gave the authors a chance to enliven the ideas they had carefully worked into written form.

I participated in two of the eight â€˜cafesâ€™. One led by Vaughn John on the â€˜Alternatives to Violence Projectâ€™ which adopts popular education towards a pedagogy for peace in response to the multiple forms of violence in our world today. The other was led by Lyndal Pottier on â€˜Amazi Wethu Projectâ€™ which  engages film making and screening with high-school learners and their communities facilitating intergenerational conversations on matters concerning young South Africans. These contextually rich stories, of struggle and challenge carry hope and affirmation in their wake.

The world cafÃ© dialogues provided a rich base from which we then continued to dialogue on power in educational work. These keys ideas were collected on newsprint â€˜table cloths and exhibited around the workshop building. After a walk about where we considered the exhibit, we proceeded to engage in tough and challenging conversations. We discussed power as a hard-to-define â€˜energyâ€™ that is dynamic, relational, has a source, needs to be enacted towards something and importantly, we cannot â€˜unplugâ€™ ourselves from power. While we agreed that in the context of popular education â€˜power has to be sharedâ€™, the group dialogue was held in tension and discomfort around how this is done given that we cannot always be aware of the workings of power.  Part of this is to ask serious questions around how those in educator positions can develop the ability to be self-reflexive and responsive in a way that this question is revisited in each and every educational encounter.

I did not leave that dialogue with a feeling of consolidation and clear understanding. However, I was certain in my uncertainty that I had learned something important about how to think and work with power: to be in a constant state of unease and questioning when enacting power for change.

A playful exercise of making paper aeroplanes rounded the day off with an embodied act of launching. We took pamphlets of the book and divided into teams of two and soon we were in a flurry of folding, trying to get the aeroplane design that would fly the furthest. A buzzing energy and the sound of laughter decorated the air. We lined up and on the count of three, 15 or so paper plans flew, in multiple directions reaching varied distances. It is the hope that the ideas of the book will do this too.

This book is of relevance to a relational and action-oriented approach to learning and therefore concerns transformative, transgressive learning in these feverish times of climate change. May we consider its creation and launching as an inspiring event of collaboration, learning â€“ action, forging solidarity for a better world.