SCLC was established in 1987 in response to the threatened forced removal of the community of Lawaaikamp in George, under the Apartheid government. A group of activists, churches and Anti Apartheid service organizations joined forces in support of the Lawaaikamp communityâ€™s struggle to resist the removals.

SCLCâ€™s vision is for a rural countryside free from poverty, where people are able to live with dignity, the environment is protected and there is a more equitable access to and control over resources and opportunities.

SCLC aims to build the capacities of social movements for agrarian transformation by:

SCLC aims to build alternatives towards agrarian transformation by:

SCLC works with excluded rural women, men and youth in the Southern Cape and Central Karoo and western regions of the Eastern Cape.  SCLC prioritises working with farm dwellers and workers.

SCLC has the following programmes:

SCLC includes popular education as one of the strategies in supporting mobilization for agrarian transformation amongst rural women and men. SCLC facilitates political education events and schools and develops information booklets, which are easily accessible to rural people.

SCLCâ€™s approach to popular education draws on the tradition of the work of Paulo Freire and the Training for Transformation (TfT) approach. SCLC also draws on international struggles of the poor in the context of global capitalism through booklets such as ILRIGâ€™s Globalisation series.

Examples of particular processes include:

Example of a Resource:

SCLC understands popular education to be â€˜people-centred educationâ€™ where there is equal sharing of ideas and knowledge, as opposed to the â€˜bankingâ€™ method of education. Popular education is based on and starts from peopleâ€™s everyday realities and experiences. This is then linked to an understanding of oppressive systems and prejudices that dominate society. 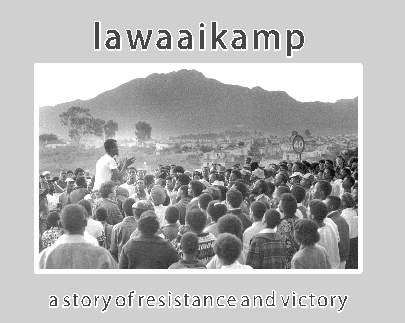