Home Features The story of Maria and Marius: a South African story of domestic abuse

The story of Maria and Marius: a South African story of domestic abuse

A play made and performed by a group of women from Delft, members of The Womenâ€™s Circle and participants in the Popular Education Programme

Maria and Marius in love

Once, there were two young people, Maria and Marius, who fell in love with each other.  But they lived in an environment that was extremely violent: drugs and gang-wars, abuse of all kinds kept people indoors, for fear of being attacked. Yet, soon the ugliness of abuse in the streets and neighbourhoods penetrated their home and relationship, and they began to fight. 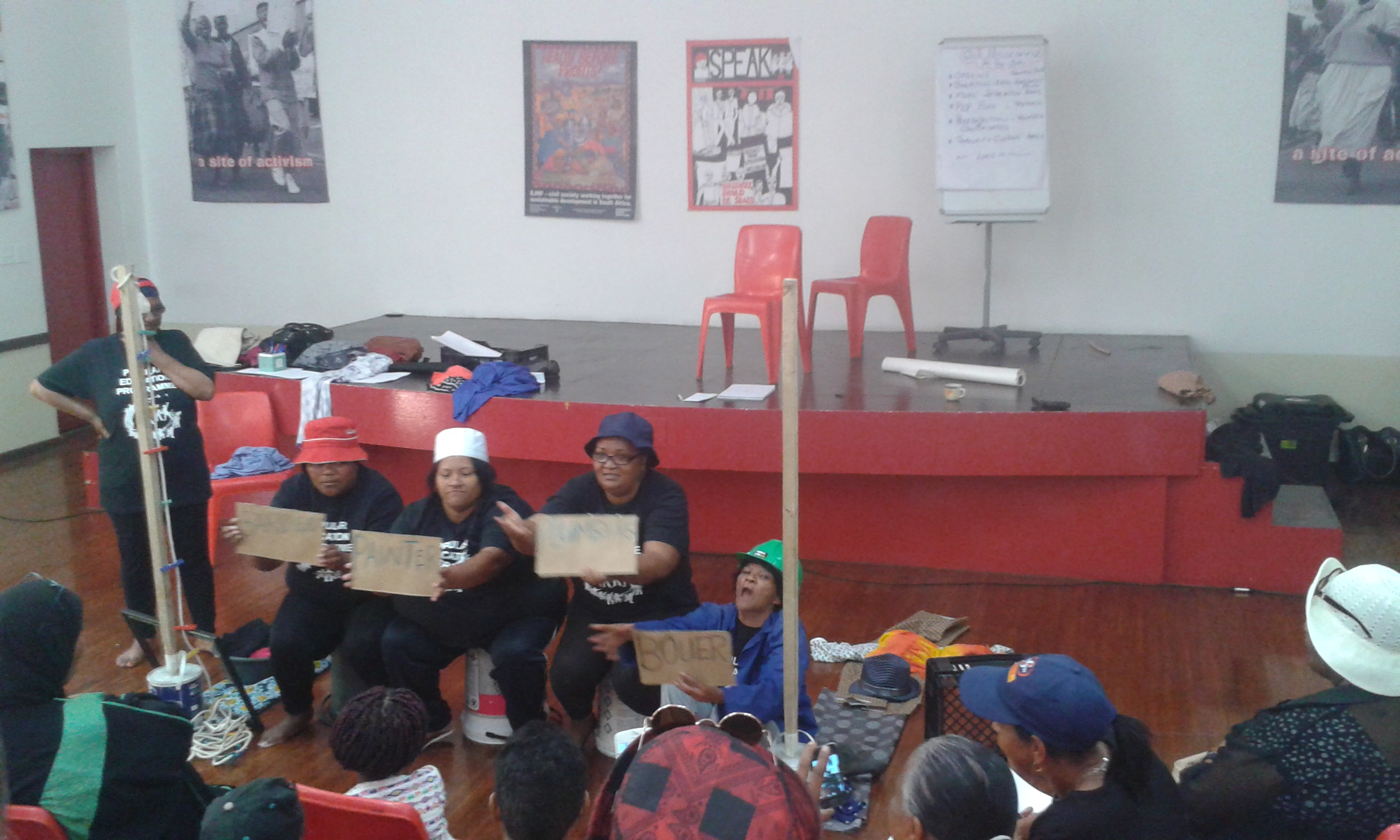 Marius was unemployed: every day he sat along the roadside, with others, asking passers-by for a job â€“ any work, as long as he could earn enough to put food on the table. â€˜Who is to blame that there are no jobs?â€™ They ask. At the end of the day, when he got home, the disappointment of Maria turned into ugly attacks on each other â€“ and often, the emotional abuse turned into physical abuse. As one of his friends had said: â€˜A man is a man and women should respect him! And if they didnâ€™t there was only one language they understood: a good beating! 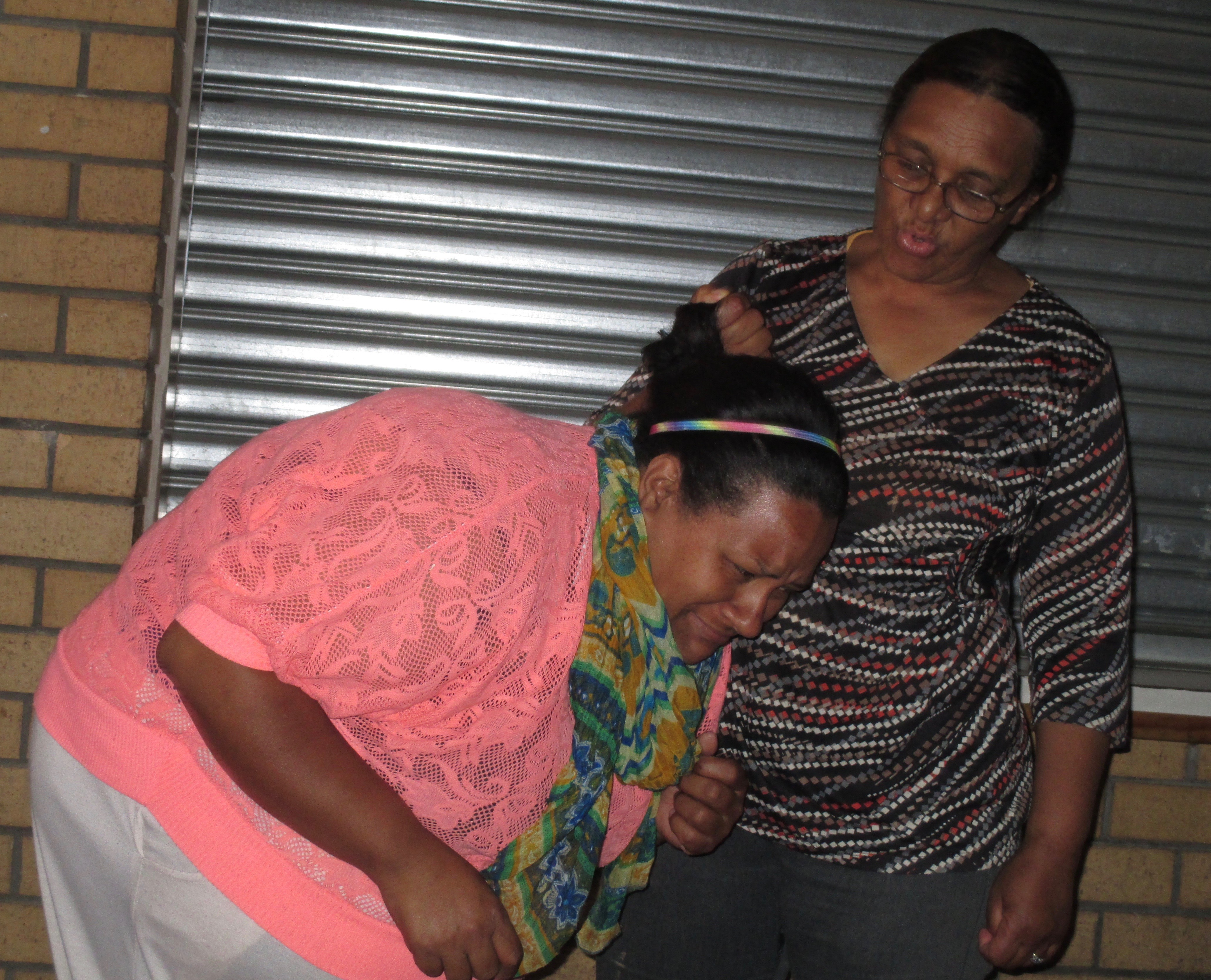 Maria tried to keep it quiet; like women everywhere, at any time, she denied that her black eye was the result of a punch from her husband. The time-old excuse of having walked into a cupboard drew  sniggers from the other women at the washing line. They gossiped with the audience: did she think she was better than them! 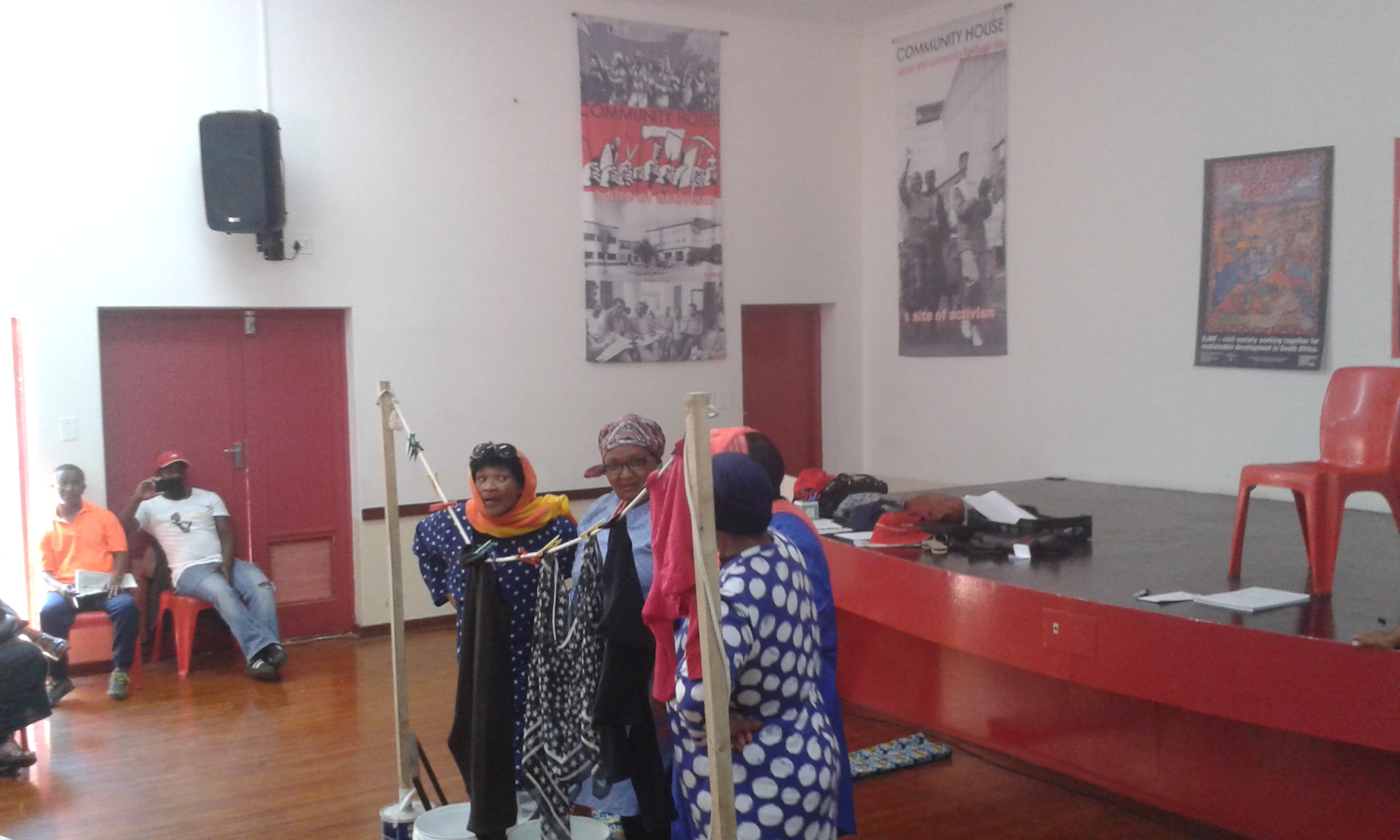 Marius was sorry. Of course. He would never hit her again, he said â€“ and she believed him because she wanted to. But conditions outside the home did not change. And neither did the belief that â€˜a woman needs a manâ€™. Jaloers bokkie? Iâ€™ll give you a beating alrightâ€¦.

Maria decided to turn things around â€“ after all, there had been a time when they were in love, and she wanted it back! When he got home that day she did not moan or nag â€“ instead she cooked him his favourite meal, and she thanked him for the cleaning up he had done. He was suspicious; what did she want now? She explained that the children were suffering when they fought, and that she wanted to stop the way the war outside in the community had come inside the home. They talked it over and finally agreed: if they were more respectful to each other and worked together they could make their home happy once more. Marius helped her do the dishes that night.

The next day at the tap the women shouted at each other and tried to run each other down. Maria arrived looking happy. The argues that changing things inside the house was not enough â€“ she wanted them all to be happier! â€œIf itâ€™s not my husband who is beating me, itâ€™s your husband beating you. We all have children on tik â€“ we are all in the same boat. But we are horrible to each otherâ€¦.â€. They begin to imagine an-other world â€“ one where they would take the children to beach picnics, have grocery buying cooperatives, a community forum. As they dreamed they got more and more excited and agreed: together, we can do it â€“ we can change then world!

A note on the process

Making the play was a process of learning from and with each other. It was an often painful journey of having to break the stigma and silence surrounding domestic violence and open up about personal experiences. But it was also an exciting adventure as we thought of other ways to relate and be with the people in our homes â€“ and then agree to try it out! Every week we shared stories of what happened when we praised and thanked family members for small acts of cooperation, support, love and care. And we realized that the way of interacting in our homes began to change. Laughing together rather than blaming each other was way more fun! Remembering what had once been the source of love and joy allowed us to see the person we were fighting with in another light.  Breaking the silence around unhappiness, showing empathy with the otherâ€™s source of despair allowed us to be together and imagine alternatives.

The play speaks to audiencesâ€™ daily experiences; it is rooted in the  difficult lives of social, economic, political violence and abuse.  Maria and Marius is a story of coming to see things differently, of breaking out of the cycle of violence, of embracing hope.

In 2017, the group will travel around Cape Town and perform. Each performance will be followed by discussions with members of the audience. If you would like a performance in your area, please contact us at poped2011@gmail.comor call 0647019500 and leave a message with Nontsi.