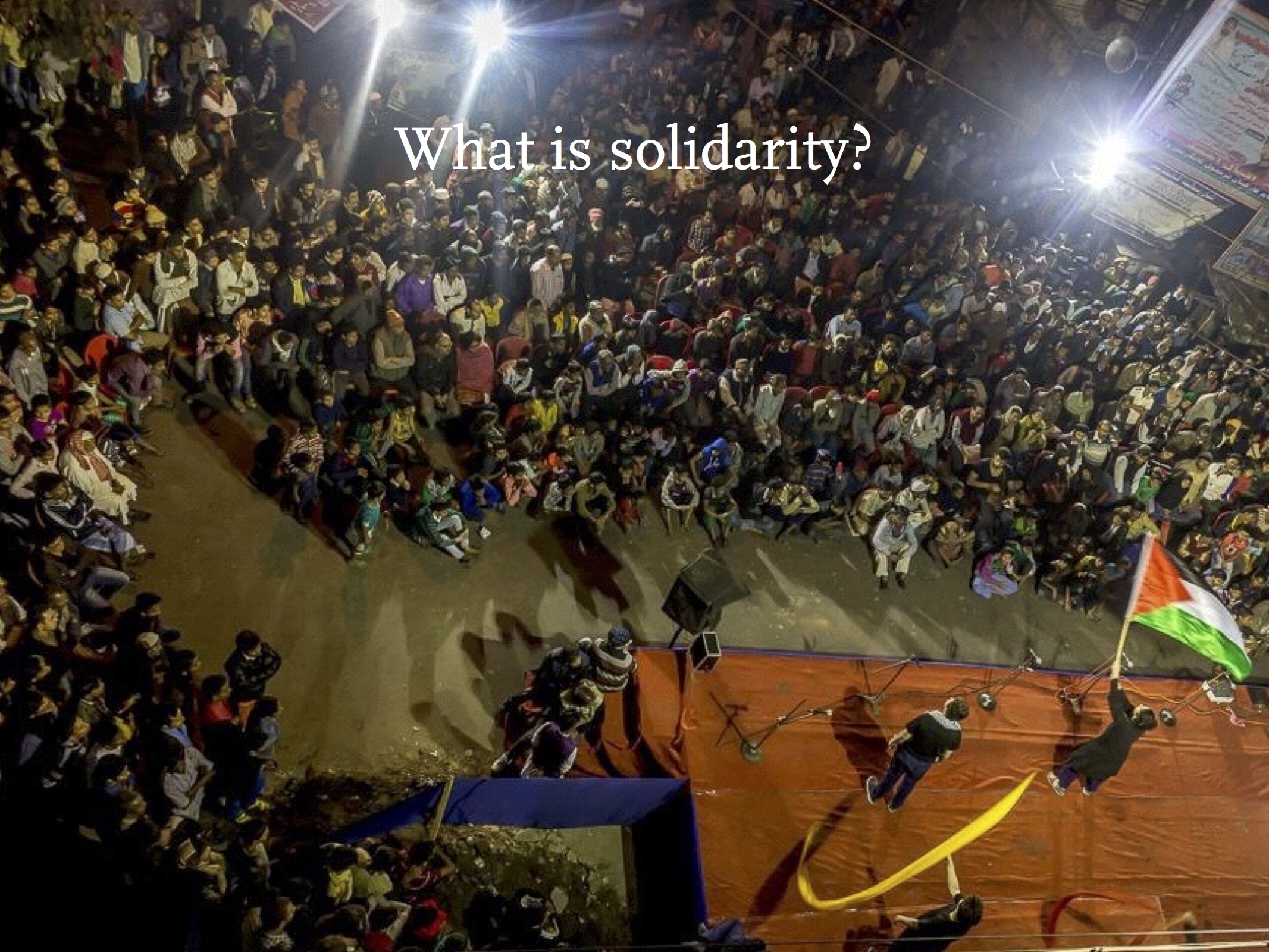 The word â€˜solidarityâ€™ itself is fairly abstract and conceptual, with different historical roots. If we want to define what it means it may be more useful to think about solidarity in terms of â€˜actsâ€™ or â€™expressionsâ€™ of solidarity.

Here are a few examples:

What all these acts of solidarity have in common is that people have a shared belief and they act together in order to try and affect change. All challenge the status quo and confront power. But there is clearly a big difference between endorsing a campaign with a click of the mouse, and putting oneâ€™s life at risk of direct attack.

Some people would say that solidarity is simply an act in support of a defined group of people under attack â€“ such as a group of workers, or foreigners, or women. Others claim it is a moral relation that demands active duties in response to an injustice. They assert that we all have obligations to act for the common good â€“ because all peopleâ€™s lives are interdependent with the lives of others.

How would you distinguish acts of charity, from solidarity? Cooperating and working collectively, from acting in solidarity?

The colloquium on 9,10 June on â€˜Forging Solidarityâ€™ aims to explore and clarify various meanings, practices and expressions of solidarity through engaging with a range of case studies from South Africa and elsewhere. It further asks: what is the role of education in these practices and processes?